As the music reverberated from the gate, the campus came alive with the thumping of feet, clapping of hands and swaying of the body, in tune with the music. Bhasha Utsav had arrived! And with it the binding with the rich folk tradition that is part of us despite being far removed from it, proving that the power of the folk medium is truly a force to reckon with.

Culture as we know is greatly preserved and promoted by tradition and what is tradition but a handing down of beliefs and customs from one generation to the next in oral or traditional art forms. September 7, 2012 celebrated as Bhasha Utsav and Ethnic Day was the day which brought young and old alike, face to face with some of the folk art performances.

Besides the student performances from across the country and beyond, the day belonged to the professional artistes. Whether it was the Veera Gase, a vigorous dance folk form involving very intense energy-sapping dance movements or the Singari Melam which made use of the chenda, a cylindrical percussion instrument as an accompaniment or the Naiyandi Melam, a narrative technique using the drums to tell a story or Ammankudam Thullal a lively folk art performed balancing pots on the head, it was a feast for the eyes and thunder for the ears.

Added to this were the myriad colours that flooded the campus in the ethnic wear that Christites turned up in and one had to admit that it was truly a microcosm of the world - a coming together of people from many nations. It was a day that Christites would cherish for a long time to come. 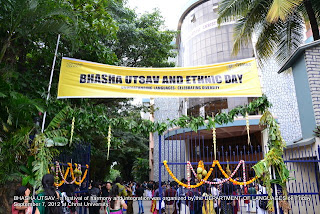 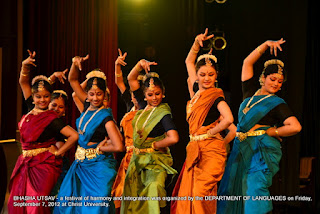 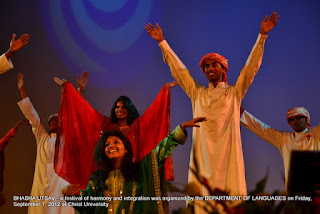 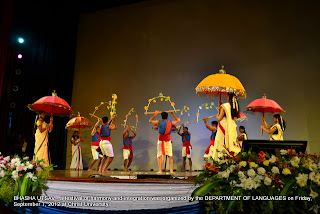 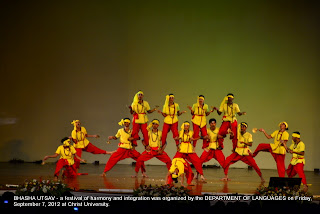 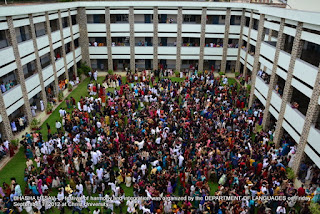