Gateways - 13, the Annual Inter-Collegiate National Post Graduate IT Fest, hosted by the Department of Computer Science 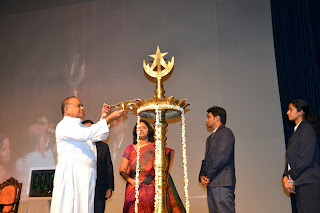 It lets people learn things they didn't think they could learn before, and so in a sense it is all about potential”:-quoted Steve Ballmer 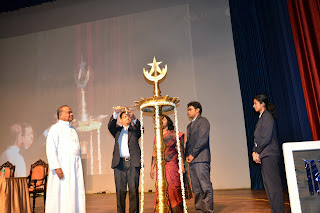 Gateways, the annual inter-collegiate National Post Graduate IT fest, hosted by the Department of Computer Science, Christ University, is an excellent arena to showcase the talents of young minds, imparting creativeness and productiveness. 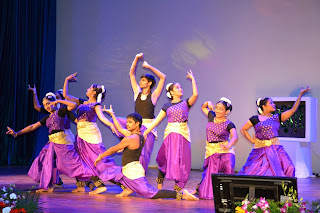 Gateways 2013- the national intercollegiate tech fest organized by the Department of Computer Science diligently provides a platform for students to showcase their caliber and zeal amidst healthy competition, conscientious of helping students gain exposure and maintain a healthy relation with institutions round the country.

‘VIRTUALIZE’- the theme of gateways, encourages virtualized vision homologous with the rising technology converting thoughts into facts. The focus of the fest was to bring out a healthy competition among the students of various institutions considered to be at par with competition in the real world. 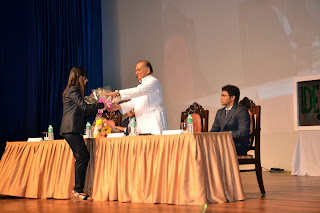 This year Gateways was held on the 10 and 11th of September. The inaugural ceremony that was held in the main auditorium at 9:30 was presided over by Raveendra Krishnappa a charter member of Indus Entrepreneurs. 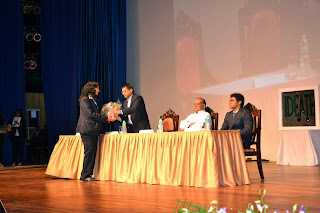 The other esteemed guests were Rev. Fr Dr. Thomas C Mathew, Dean of Sciences, HOD Mr Joy Paulose, Coordinators Ms Rajeshwari CN and Ms Saleema JS. There were twenty two colleges who took part in the various events that was organized by the post graduate students of Computer Science department. 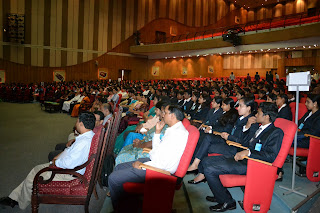 Infobahn a bi-annual gazette published by the Post Graduate Department of Computer Science with intellectually curious and versatile minds contributing to it, was also released the same day. 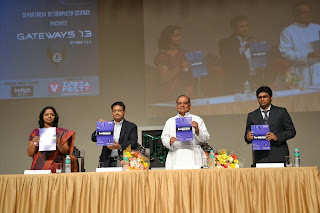 We had around ten events which included popular ones like Quiz, Product launch, Coding, Best Manager etc along with Carnival extravaganza. We had enthusiastic participation with about 200 students from various colleges. 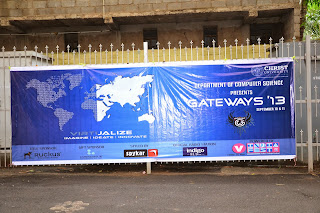 Gateways -13 was a success and will be remembered in the minds of everyone as a collective and team effort.
at September 22, 2013