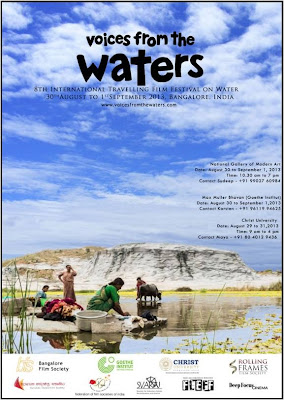 The Film Festival at Christ Campus was inaugurated by Prof. John Joseph Kennedy, Dean Humanities and Social Sciences. The newsletter prepared by the undergraduate students of Sociology ‘Reflections’ was also released by the Dean during the inauguration.

Over 40 films from all over the world related to water were screened in the venues. It was attended by the students at Christ University as well as film enthusiasts from outside the university.

Each film/documentary was followed by discussion led by the students of MA Applied Sociology as well as students from PSEco, EPS, PSEng, EMS, CEP, HEP, CJC, BBA and BBM.


The valedictory program was held in Room 105, at 12.45 pm on August 31, 2013, after three days of exhibiting these films on water related issues. Fr Jose CC, Director, Department of Sociology, offered the concluding remarks which brought the film festival to a glorious conclusion.
at September 03, 2013