As thumping of the feet or clapping of hands grew louder and as the music reverberated all around, we knew for sure, Bhasha Utsav had arrived. The energy levels were quite high as the campus was bursting with enthusiasm and passion. It was a day the faculties and students from different cultures, regions and languages joined hands to celebrate and showcase their respective regional cultures and traditions to everyone present on campus. Culture as we know is greatly preserved and promoted by tradition and how else to showcase traditions but through art forms. September 6, 2014 celebrated Bhasha Utsav, which brought young and old alike, in touch with some of the folk arts. 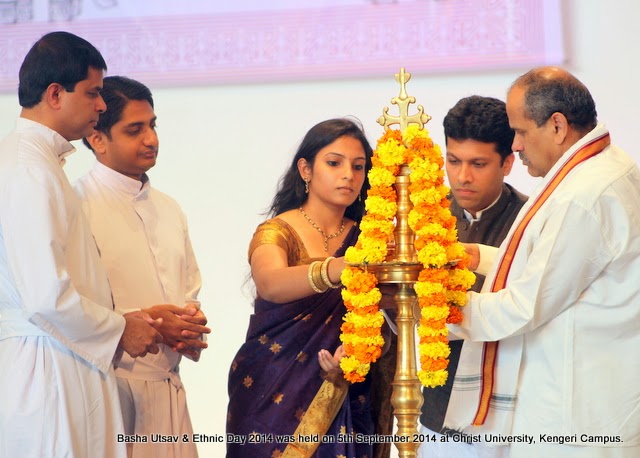 Dr. Krishnaswami P (Professor and Director, TQMS) was invited, as the chief guest for this special occasion and a delightful address by him was all that was needed to get the show going. And what better way to start then some of the student performances from across the country? Whether it was the combination of Manipuri & Assamese traditional dances or the vibrant performances that showcased the respective styles of Tamil Nadu, Karnataka, Kerala and Punjab we saw colors and emotions collide and cultures culminate.

Besides the student performances, the day also belonged to some of the professional artistes. The performances of Singari Melam from Kerala,Dollu Kunitha from Karnataka, Bhangra from Punjab and the Rajastani Kachgodi were definitely a feast for the eyes, thunder for the ears and all that was needed to get students standing up as they stole the dance floor. 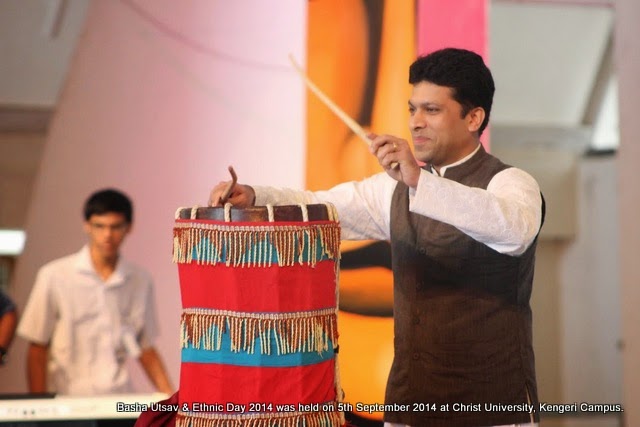 In the end, the myriad colors that came about the campus, the mind-blowing performances and the all around enthusiasm as the students took on the dance floor brought the campus alive and made it a day that Christites would cherish for a long time to come.
at September 10, 2014