A Report on Guest Talk for British Literature (EST 131) 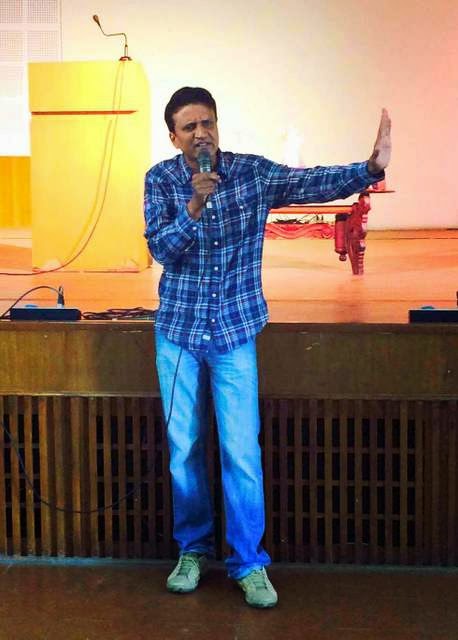 Being well versed in Shakespearean elements and background, he put forth his theories about how Shakespeare transcends conventional bounds. He dwelt upon various aspects of how cinema was/is influenced by Shakespearean elements. He spoke of some Shakespearean plays and how they catered to all his audiences - from the aristocracy to the groundlings. He talked about the requirements that emerge when it comes to staging a play, as he is a recognized director of Shakespearean plays. He spoke about his innovation on the stage to change sets in 30 seconds without drawing the curtains on the stage with the few resources available. He spoke about each prop being subject to intricate detailing. Interestingly enough, even the production of smoke involves much planning. He also focused on the plots of most Shakespearean plays. Each consisting of a proposition, the climax, and the denouement.

The guest speaker spoke about the various aspects of Shakespearean writings such as depth of the characters, importance of time and location, action and reaction, lastly the society in general. He spoke about various Shakespearean stories which have now been adapted and converted to films and how it is important to preserve the essence of Shakespeare in these films. The speaker also allowed questioning the various writings of Shakespeare and made one think about how in a male dominated society where woman were not allowed to act in plays, Shakespearean female leads were still portrayed as strong and powerful women. Apart from Shakespearean writing, Mr. Elango also highlighted the various attributes of female characters in his plays such as Portia`s intelligence and quick-wittedness in The Merchant of Venice,  the dissimulation and cunningness of Lady MacBeth in MacBeth, the resourceful and realistic nature of Rosalind in As You Like It and many others. He discussed certain important features of a Shakespearean tragedy some of which are: social breakdown or feeling of isolation in the mind of the characters, the play ends with the death of a prominent character, events are inevitable or inescapable and there is usually a central figure who is noble but with a character flaw which leads towards their eventual downfall.

As students currently studying the role of Shakespeare in British Literature, this workshop definitely helped increase their knowledge about Shakespeare`s works and enabled them to analyze his writings in a different manner. His speech helped understand Shakespearean literature in simple language and question the role played each character in the society at that time.
at September 22, 2014