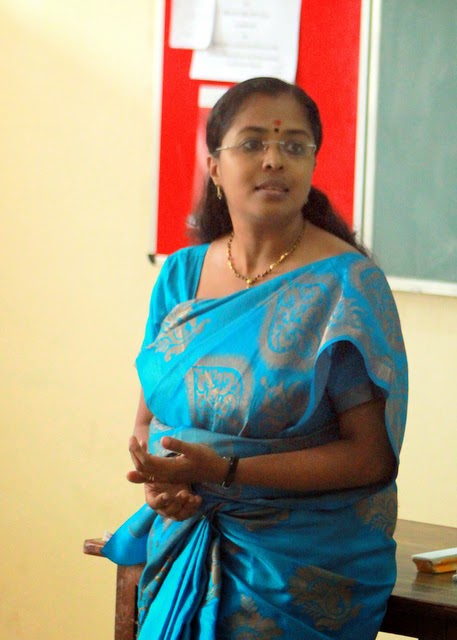 An ornate culmination, a ruthless history, an eradication of many Alexandrias and the resurrection of power – a power, much benevolent bestowed with the wand to frame the ‘other’ has lurked within our nation. But more than a vehicle that merely lurked, it has shrouded itself against our civilized backs and redefined the structure of equality. Within this very mirage of etiquettes thrust upon our culture by Colonization, much has been gained and much lost too.

Dr. Maya from the Sociology department, shed light on a grotesque reality that one was aware of but could not relate to instantly. The almost taxonomic creation of a minority within our democratic nation was highlighted. The idea of a minority being a social construct differentiated and plausibly discriminated by a higher social power gave rise to the term ‘Tribes’ or ‘Adivasi’. Within a series of discussions, the blanket term that defined a heterogeneous community romanticized and exoticized as the indigenous folk thriving by complete isolation from the mainstreams was nullified. Instead, a realm wherein the idea of isolating the other was demeaned not merely through imagination but through statistics and various implementations of reforms for the tribes was unraveled. Much to our disdain, the necessity to look at ourselves as pawns drenched in a colonial hangover became more evident as Dr. Maya pointed out the continued existence of the colonial strategy (The categorizing of people and imparting upon them one’s ideologies).

The advent of the British in India, sketched a chronological framework and the curiosity which once crept into their eyes left us indulged too. Though the observers varied across centuries, the subject remained stationary; it was and plausibly will be the ‘Adivasis’. Their so-called ‘peculiar’ culture was analyzed all throughout India and the bridging of the notion of ‘isolation’ was stimulated. Yet the resounding spirit of Jamnalal Bajaj and Jawaharlal Nehru echoed within the four walls of our classroom and spoke for the upliftment of the tribes. Through a trial and error pathway, the implementation of ideas such as the assimilation of tribes by syncing their existence with the mainstream ideologies was looked into. Often hit by a brickbat due to varied professional and religious orientations, a proposal to integrate tribes by creating a support chain for their welfare which not only participated in the establishment of their culture but in the celebration of it was rendered. Still, critics argued that such a proposal would marginalize the tribes as the ‘other’ and hence, once again ‘practise’ Colonization. Unfortunately, the petty condition of the tribes has remained entrapped in an idea of change which has distilled into one of sedimentation. The layering of various problems ranging from basic human rights to the acknowledgement of ethnic identities has piled into a heap; yet one word evokes hope in all -resistance. A word that begins as a dream, lives as an idea but dies down as a fallacy restricted by authorities haunts many tribes. To captivate the surging roar, the Government took many initiatives and a so-called rigorously functioning system was set up yet the development of tribal members is seen to be less than negligible – why?. The most plausible theory of all stands out to be the experience of development being significantly different for an ‘Adivasi’. Examples of the application of reforms which addressed development but not the needs of tribal members were portrayed such as the inculcation of higher education which nurtured the canonical texts but not agricultural difficulties faced by tribal members or even the meager task of the construction of toilets which was implemented next to the kitchen (a holy sanctum to many communities). Further, to create a greater void between the tribes and the Government, corruption flourished and middlemen who were appointed to rejuvenate the welfare of tribes overlooked their activities and often abused them financially.

A power embedding an illusion of power to the other chooses to feed on his power and continues to oppress. Such is the case, of the tribes who are bestowed with powers though various acts and reforms yet will always be controlled by the ‘Majority’. Therefore, it resurrects the infamous dichotomy born out of Colonization which merely replaced the British with the Political- Corporate nexus. Through the Forest Rights Act(2006) strives to bludgeon this ugly truth, corruption and the act of implementation to hoard monetary fund’s flourishes as an untamed beast. The idea of a nation built by our very own kind who dreamt of creating a plethora of coexistence which focused on the rejuvenation of each other and the celebration of one’s unique cultures has been stripped off its ideals through the political as well as corporate structure. Much like a shape shifting form that strings out of perception, the majority acting as an angel and the devil, too has marginalized the Tribes to empower yet cunningly devour their existence by covert oppression. As Dr.Maya left the platform with these shaking thoughts, it became obvious that a schism was carved by our own. The necessity to cast these shackles away and bludgeon created stigmas and blurred perceptions echoed within each of us. As a class of the Honours in English studies, graced by the last guest lecture of the semester, Postcolonialism seemed to not merely throb within us but reframe reality within each of our eyes. For today, against chalk powder, scribbled sheets and exhausted pens – a minority within each of us was woken. The possibility of being stepped upon with the excuse of being a minority could be raised in any realm. But much like a rumor crackling to be found and split. We would coexist as a reality refurbishing the ‘Indian dream’ through ‘a voice’ or in our culture through our ‘Zoobaan’.