The 'Chautauqua intercollegiate poetry workshop conducted on the 30th of January in the Assembly and Conference Halls of Block 2, Christ University campus began with a formal inaugural ceremony, at 9:15 am soon after the registrations for participants closed. 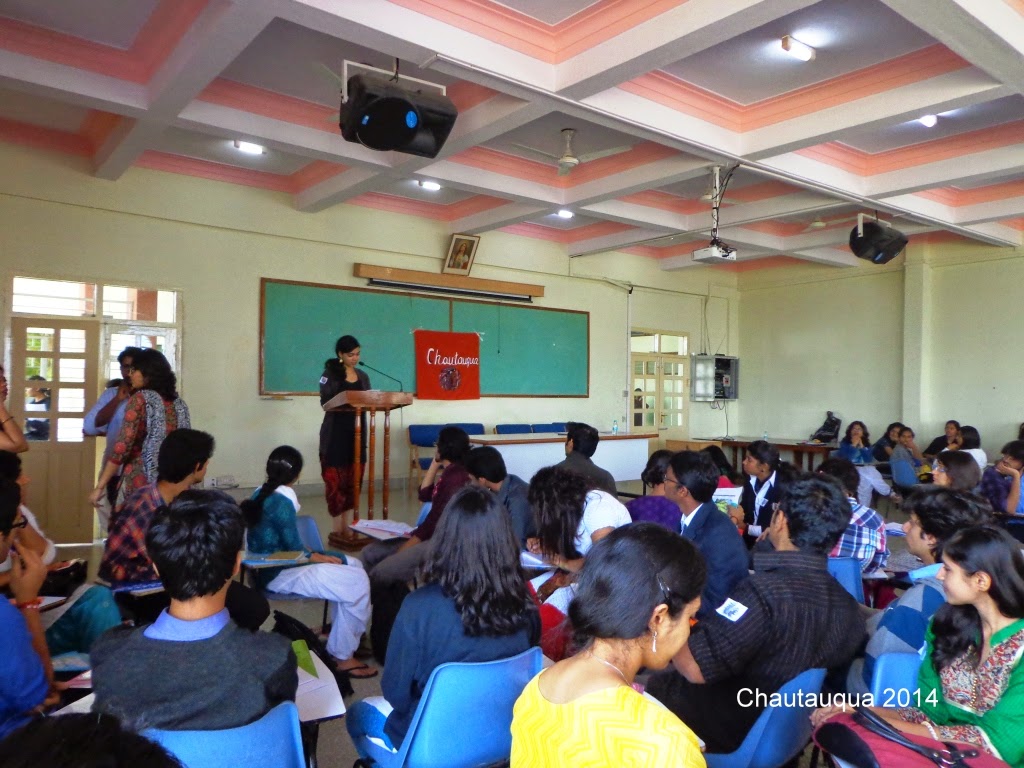 Dr. Kenndy spoke about how we are all poets without poems and also shared a poem by a transgender poet, Kalki Subramanyam addressing transgender issues in his poetry. Father Joseph wrote a poem in response to section 377 that deals with gay rights while madam Abhaya sang a song for us to wish the gathering a productive day. Shobhana talked to us about how poetry isn’t something intimidating and how in fact, the reckless use of dead words and canons can help change this idea of poetry. She also shared some of Bob Dylan’s lyrics with the audience. Professor Padma kumar encouraged amateur poets to come forward with their work and to question who they were writing for and why they were writing. These speeches were followed by the lighting of the lamp after which Dr. Kennedy presented the ‘Young writer’s Award’ to Saahil Rathore of 1st JPEng for his poem, ‘The Journey.’

Shifa Rehman from the Reading poetry class was the emcee for the formal event while Shyam Nair took on the role of emcee for the day. 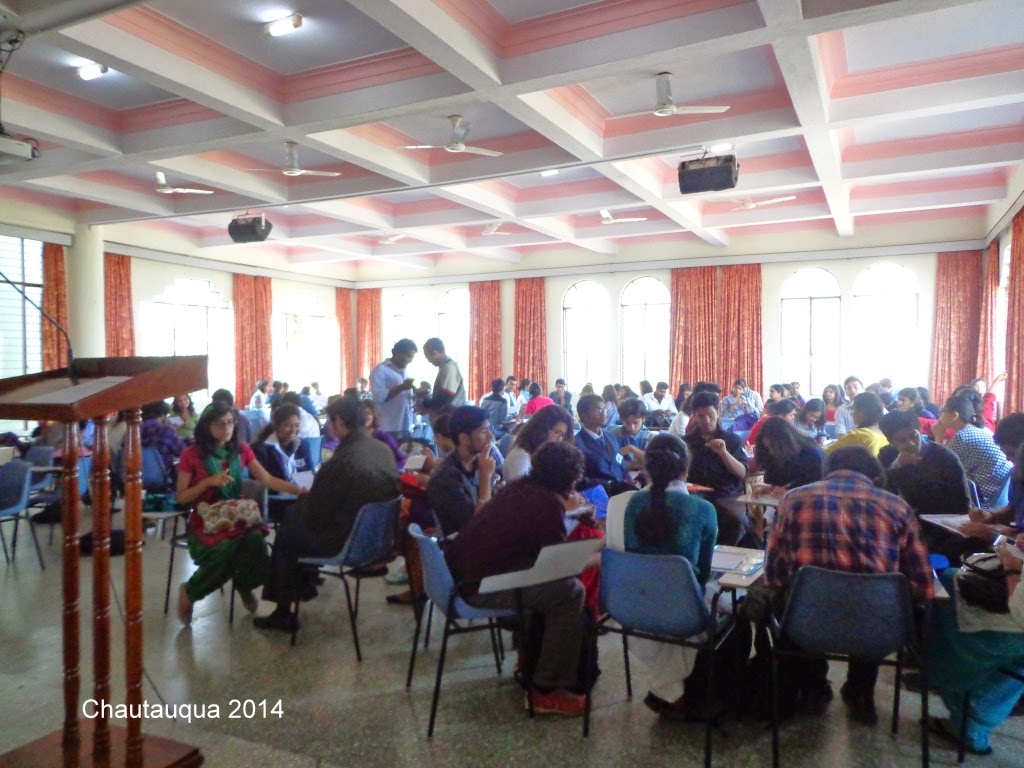 The workshop officially began with the participants being divided into groups of 7 to 10 each. Next an ice breaking session was underway. Every member of the team had to contribute two lines to a poem that the group was to collectively come up with and one member from each group read out their respective poems to the audience.

Following this activity was the tea break after which the events lined up for the day began. Registrations for events took place a little prior to the start of the event. Members could decide who would take part in what event during the tea break.

The first event was verse in Verse where in participants had to come up with ways to complete a poem given to them on the spot by filling in alternate lines. This was a stage event and a presentation was used. We had 14 participants in all for this event. Simultaneously, the 'sense poetry event was taking place in the conference hall. Here the members were asked to write poems after being exposed to a variety of stimuli that were to have an effect on all five senses. Following this event, 'Poetry palette' took place at the same venue. In this event, students were given postcards to write Haiku on and illustrate the same. Meanwhile 'mime the rhyme' took place at the Assembly hall. For this event students came up on stage in pairs and as one person recited the poem, the other acted it out simultaneously.  Soon after this the lot broke for lunch following which the event 'Sell out!' Marketing with poetry took place. Here, participants came up with rhymes and jingles to sell the objects given to them. After this the gathering broke for tea and snacks. Epic spoof, the main event for the day, took place when they reassembled. Extracts from epics (randomly chosen) were distributed at the start of the day and groups were expected to present them in innovative ways.

The valedictory of the workshop involved a series of poetry readings by regular and other members of the Chautauqua circle of poets. We had readings by Tarun Surya, Andrew Cora, Shobana Mathews, Shyam Nair, Stuti Gupta, and many others.

Then, we had the announcement of results and formal distribution of prizes by the Judges for the day, Prashanth and Nicco, the best poets of last semester’s Chautauqua. They spoke to us about the importance of form in poetry and emphasized   that the beauty lies in not what is being said by the poet but instead, on the manner in which the construction is made. The vote of thanks was delivered by All in all, Chautauqua 2014 poetry workshop was a successful attempt at rediscovering, redefining and exploring our notions about poetry in the present day.
at September 30, 2014